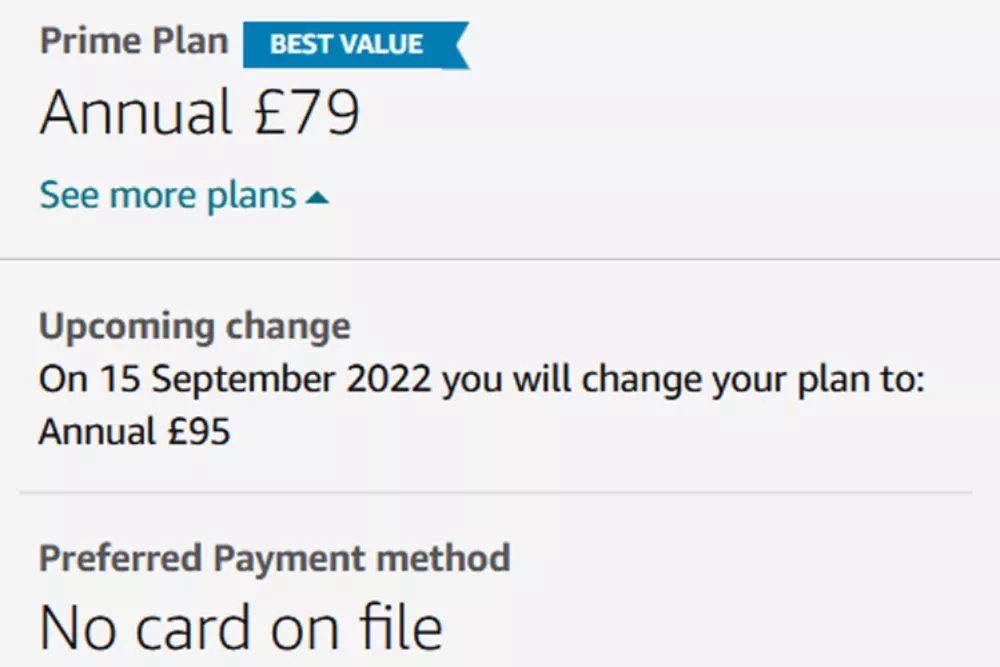 In the morning of the 26th of July, a price rise was announced by ecommerce giant, Amazon, seeing their UK based service reach an all time high of £95/year or £8.99/month.

With a rise in cost of living to energy bills, Amazon had to jump on the bandwagon! On September the 15th, the price rise will come into effect. It’s a notable point that energy bills are expected to skyrocket around that time with an energy price cap declared followed by bills increasing in the month of October. With that in mind, avoid looking at the price cap with regard to your budget at the present, instead observe it in respect to paying an extra 65% alongside the 54% rise that will take place in April.

In all honesty, we haven’t seen a rise in price for Amazon prime since 2014, and the price surge was from £49/year to £79/year. It’s a point to note that the £49 a year fee was also the original price when the service was launched back in 2007. The increase expected this year is also not that dramatic compared to the one that occurred in 2014. Examining the US’ Amazon prime fees, when launched in North America the cost was $79, this later increased in 2014 to $99 and once again in 2018 to $119. In March 2022, the US’ price rose to meet $139/year which is the standing fee today.

Amazon’s price rise announcement was emphasised improved services to justify the change. This focused on entertainment and grocery shopping. The official statement is listed below:

We continue to focus on making Prime even more valuable for members. This is the first time we have changed the price of Prime in the UK since 2014. During this time, we have significantly increased the number of products available with unlimited, fast Prime delivery; added and expanded ultra-fast fresh grocery delivery; and added more high-quality digital entertainment, including TV, movies, music, games, and books. Prime Video in particular has increased the number of TV series and movies on offer, including Amazon Originals, as well as live sports coverage, such as the Premier League and Autumn Nations Series.

The issue for a large proportion of people is the fact that they won’t even care about the new add ons that accompany this version of prime. Yes some of these add ons may be used, i.e. premiership football, but essentially what they really use prime for is the free next day delivery service.

I myself cannot sum up the number of times I’ve used Amazon Prime over any other retailer purely for that next day delivery service. If I were to divide my own total number of Prime orders by £95/year by the quantity of orders I made in 2021, my personal delivery cost lands at only 51p each order. You can’t go wrong with that!

Please note, for members who use Amazon infrequently, it may be worthwhile checking how many orders you place a year to determine whether the service is really beneficial to you.

Let us know your thoughts!